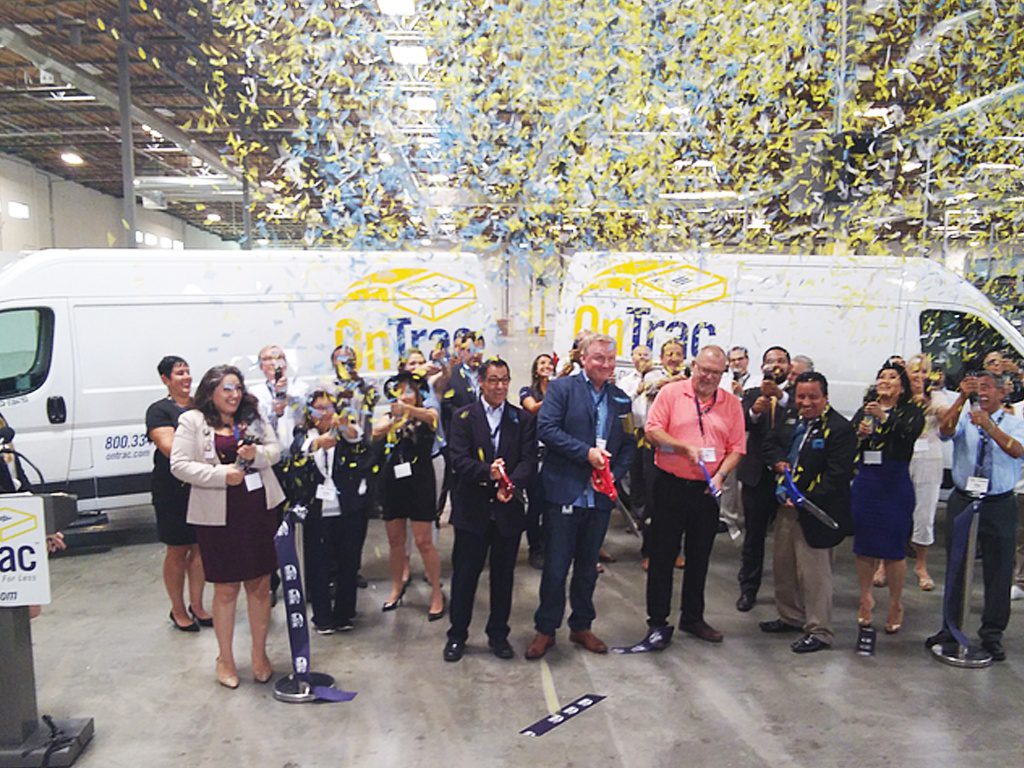 A team of Colliers International brokers and tenant OnTrac celebrated the grand opening of a 255,528-square-foot warehouse in Sun Valley.

Known as Sun Valley Business Center, the two-building project in the east San Fernando Valley, located at 11063 Pendleton St., was completed last July and became operational in January. Tenant OnTrac, a logistics company specializing in contracting regional shipping services, signed a 10-year lease to occupy the site as a warehouse facility. It will serve as the company’s northern Los Angeles-area hub, from which OnTrac will ship to points anchored at its outer limits by Santa Clarita Valley, Lancaster and Palmdale in the Antelope Valley to the north; Pasadena to the east; and West Hollywood to the south.

What makes the building so ideal for OnTrac is that it is strategically located near the 5 freeway, the 118 freeway and Hollywood Burbank Airport.

“Never in my three decades of brokerage have I seen such strong demand for a project so far in advance of construction completion,” DeGrinis said in a statement. “We had several groups we were negotiating with nearly a year … before it is completed.”